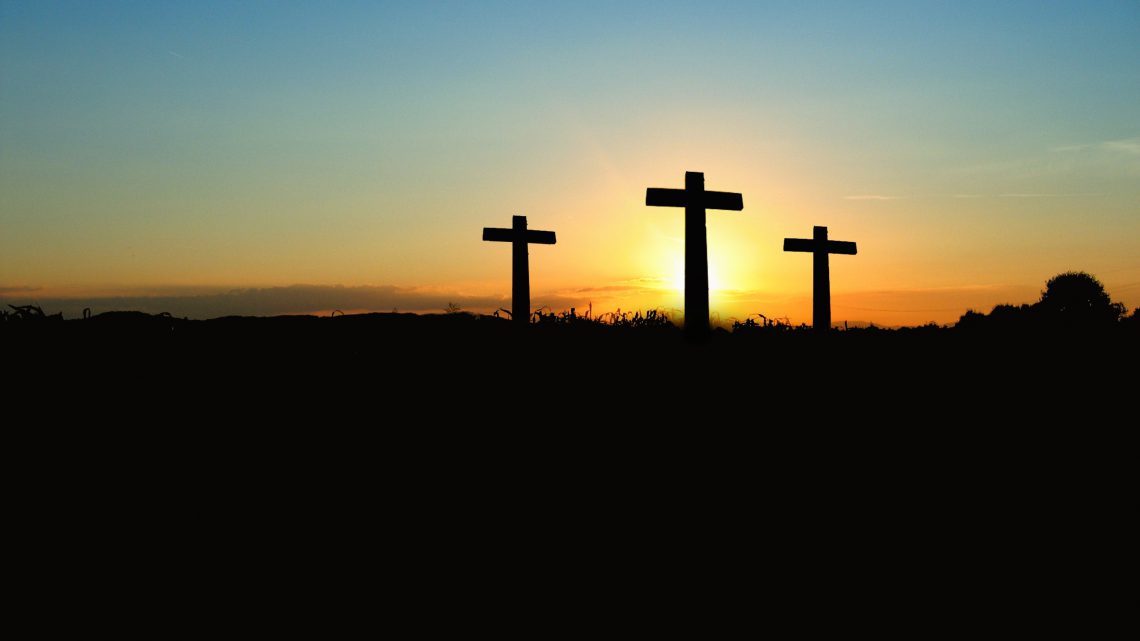 Today is the day of Easter, where Christ rose from the dead into new life. Sometimes we see this story as a story of a completely divine being, as a person different from our mere human selves. However to hear a story in such a manner removes the power of the authentic person. It is an extremely different thing to hear the story as an example. The human example is in essence what he offers us today.

Christ is an example of the best humanity has to offer, and we disenfranchise his gift to our evolution when we listen to it as a completely literal example. The mystery, of the story is so much more important. We too have the ability to bridge the gap and selflessly love others.

However our faith and the traditions we have inherited have diverged from his original teachings. In 869 the Eighth Ecumenical Council met and created a enormous change in the Christian evolution. Previous to this time, the story had been that of balance.

Now as we hear it Christianity has become one of supremacy, and we miss the most holy of human examples. In 869 the Council decided to change the trifecta, to a duecta. The standard model before this time as I have said was one of balance. The theological understanding had three parts. The first part of the Perfect Trifecta was the Body, the second the Soul, and the third was Spirit. Within this model Christ was the center. The Christ principle is the perfect balance between Body and Spirit. He is the Ultimate human achievement, of uniting Heaven of Sprit, and Matter of Body.

1,200 years later we are still feeling the effects of this change as the 8th Ecumenical Council removed the notion of Spirit, and created a duality between the Body and Spirit. This change created a polarity in which we are encouraged to relate to Spirit, and leave the desires and urging of the Body behind. The human body, it’s instincts and desires has become seen as less than perfect.

This split continues to cause a good deal of guilt. Now those that allow desire to rise within the body are seen and cast out from religious life, as we strive to be above the body and live completely in the realm of Spirit.

This realm of Spirit is the realm of pure bliss one would say. It is above pain, formless and inhabited by beings saturated on bliss. It is only one thing, and that thing is an imagination of purity, and this imagination is what we cling, if we foolishly think we can depart from the realm of matter. This is the realm of the mind.

The realm of the Body is the realm where the senses have come into being, it’s hard angular, unforgiving. At it’s most absolute essence it is completely solid and unchangeless, as opposed to the complete openness of the realm of Spirit. It is more or less the polar opposite.

Each of these realms is responsible for the creation of the other. Pure Spaciousness cannot exist without Matter, and matter cannot exist without spaciousness to accommodate it. Life happens within this balance. All of life relies completely on the cosmic battle between the realm of Form and the realm of Formlessness. Like a perfect garden, with just the right amount of water, and the right soil is needed for plants to grow. A plant cannot grow from a rock, nor out of lonely space, yet our spiritual community is striving to leave behind matter into a realm of perfect rulelessness.

Through work a perfect garden can be grown. It is not without effort, that humanity raises it livelihood, as the plants and animals who’s life feeds our relatively feeble ability to balance between Body and Spirit. You see the desire to achieve Spirit and leave behind the rules of matter is impossible, we cannot depart from the natural hierarchy of the world. Just as in a forest, certain plants grow faster, some grow higher, and some live longer. This too is the world of human beings.

We need structure to grow, we cannot leave rules behind any more than plants can leave water behind. Not that we need to manufacture rules, we only need to witness the natural hierarchy and find our place within it. This is however an extremely challenging thing.

Far easier than identifying with one cosmic aspect and identifying with it, we must learn how to balance ourselves, each and every single one of us. Christ is the perfect example of such difficulty. The human being in the form of Christ brought together Heaven and Earth. Yet the cost to him was his own life, which he gave willingly. His Human example is so brilliant that we see he does not even condemn the individuals responsible for his Crucifixion.

This is reason he was able to rise from the dead this fine day 1200 years ago. So selfless, he achieved a perfect balance, his body far from being something he wanted to leave behind, became his home even after he had died.

To the body he lived, and returned after death. Here is where our blessings are. As human beings we have similar potential, just as Christ suffered with mere criminals, we can take our human suffering and delight with human beings without condemning, friends, enemies or ex-lovers. This is extremely hard. Yet we can see the examples from the Highest of Christ, to the most simple in our garden growing, and our children thriving.

We suffer today for the decisions of those gone far before our arrival here. Yet their poor decisions provide us with today as it is. Today is very workable. Yet if we wish to work with it as completely as Christ we must study the influences. We must study ourselves. For some this comes very naturally, for others with more difficulty and challenge. Perhaps the biggest challenge is that some many of us secretly think we are above needing to know anything more spiritually. We’ve achieved pure egohood as we completely buy into the myth of Good vs Evil. There are many ways to say this, as I said earlier we have one example of Matter vs Sprit, we also could look at this through the metaphor of spiritual beings.

You see the trifecta exists within our psychology, there’s not really an external entity, just opposing forces. In human form these forces are named Lucifer and the oft forgotten Ahriman. Lucifer is the realm of complete mind, and Ahriman is the realm of complete rules. Though these two individuals are battling, very often they work in close quarters, as individual psyches bounce between them, claiming whichever realm they inhabit is Heaven, or perfection, and the other realm is out there as Hell. The avoidance of Christ’s stillness, is the work of such beings.

This psychological occurrence allows our laziness to flourish as we justify our action as divine, generally through Luciferic obscurations in the mind. These tendencies when allowed to flourish, keep us from seeing Christ as a perfectly balanced Force in the middle. Missing this Human aspect, we continue to ping pong from one polarity to the other, seeking more identification with good, rather than human balance with Spirit and Body being naturally occurring forces to be worked with.

Christ is who we can aspire to be, if we are brave enough to see him.